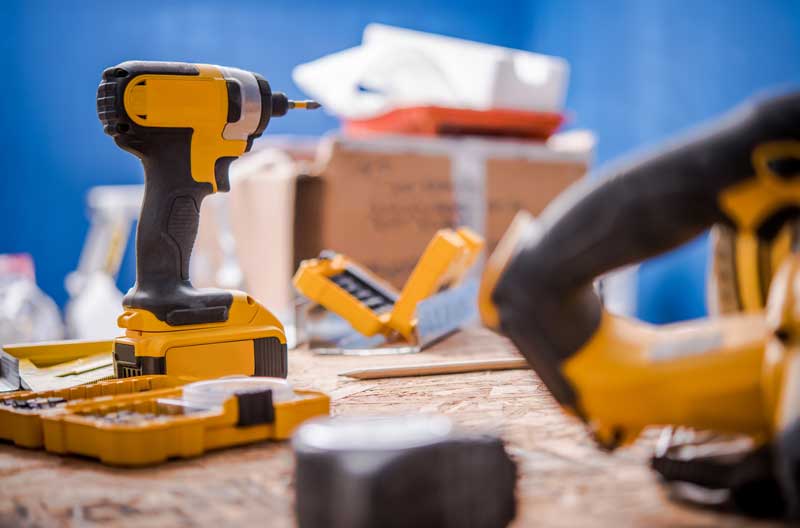 Believe it or not, reality television has been with us since the early 1940s, with shows like “Queen for a Day,” “Cash and Carry” and “Candid Camera” showing candid glimpses of ordinary people reacting to unscripted situations. Then in 1971, came “An American Family,” from PBS. However, when “The Real World” debuted in 1992, reality tv seems to have taken off.

Reality TV continues to grow in popularity as it spreads to cover topics from love (think “The Bachelor”) to crime (“Cops”). One of the biggest topics to skyrocket in popularity is home improvement shows.

Recently, the spate of home remodeling shows such as “Property Brothers,” “Good Bones,” and “Fixer Upper,” show people the possibility of turning an older and often dilapidated home into anyone’s dream home.

Shows such as “Design on a Dime,” and “Holmes Inspection” have inspired fervent homeowners to conduct their own renovations. Audiences believe that the events captured in these shows are “real,” even though the situations are often simulated to give the appearance of “reality.”

Amateur remodeling enthusiasts should be wary of conducting their own projects. Keep in mind that most remodeling shows follow narrative patterns, even if they appear unscripted.  These shows are planned and edited according to a specific story sequence. Projects that usually take weeks or even months are collapsed into 30-minute episodes that leave out the grinding and laborious nature of true construction work.

The main purpose of remodeling shows is to entertain, not educate. The challenges and obstacles shown during the construction process are used to create the illusion of reality. They can make the project look easy or create conflict.

The reality of home remodeling is far more complicated than you see on television. That’s why you should always consult a contractor to help determine what is involved in a project. If it’s more than just cosmetic changes such as painting and decorating, it may be best to leave it to a professional. Knocking out a wall to get an open floor plan involves more than just taking a sledge hammer to it.

Major home renovations are best left to qualified professionals who will make sure the updates meet code requirements and are permitted properly. You’ve probably seen on these home remodeling shows plenty of examples of work that isn’t permitted or that costs homeowners more money because it wasn’t done right in the first place.

It’s also important to remember that when home remodeling shows give you price estimates and timelines, that isn’t what you should expect to pay. Not only do you have to consider where these projects take place but also consider that the contractor doing the work themselves will have less cost. For example, in “Flip or Flop” or similar home flipping shows, they are putting in the work and get paid out of the sale price. They also get certain discounts based on the products and suppliers they use and promote on the show.

While home remodeling shows can provide some great entertainment and inspiration, talk to a local qualified general contractor for a realistic estimate for your project. Spec Development LLC will provide an honest, fair estimate, and you’ll get quality work at an affordable price. Schedule a free estimate online or call 239-331-5610.

See some of our work